Well, that was a fun weekend! It was a very full busy one.

Friday night after meat draw and not winning the Granville Island Trip to Vegas contest, we went home and I started getting the house ready for Muscleboy's arrival. He showed up at 10:30, I immediately put him in the vac-tower and applied hoods and breath control equipment on him.

After about 90 minutes I put him into a rubber suit and put him in the sling. I applied electro with M's new stim patterns to his cock and balls, and kept him tied up for another couple hours moaning from the rising and falling crescendos of e-stim application. In the meantime I was putting more hoods and gasmasks on him, fucked him and played with his ass for awhile until I put the Tadpole in his ass and let him stew in his electro heaven for another bit of time until I released him, fucked him and sent him home. I think he was pretty happy with his experience, he really wants to come back soon. He left around 2:30, I finally got finished cleaning up at 3:30. 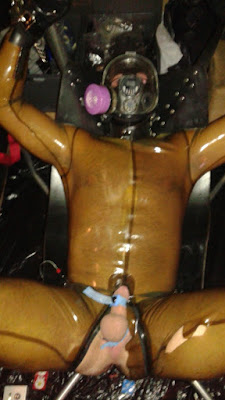 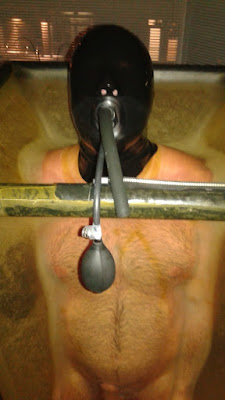 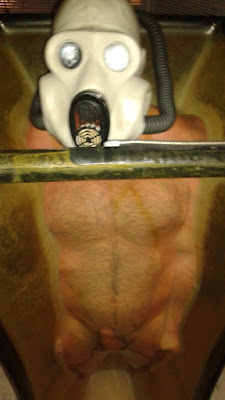 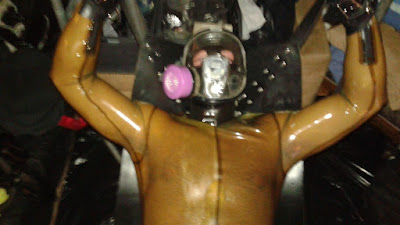 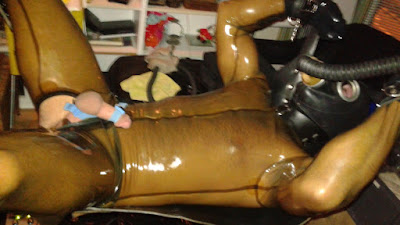 Up at 10, I started prepping for the Vancouver Rubbermen Pumpkin Pigs meet at Pumpjack. I had a couple guys help me set up once I got there. It ended up being a really fun event, many more guys than during the summer for sure, four guys ended up trying out the vac-tower, and Pup Sushi went into the sleepsack for about 90 minutes. 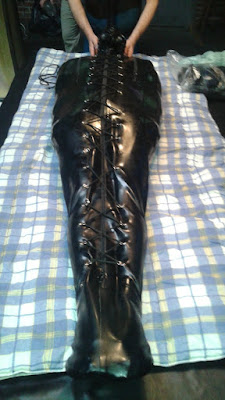 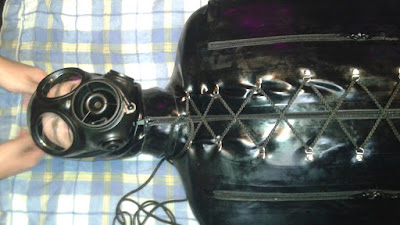 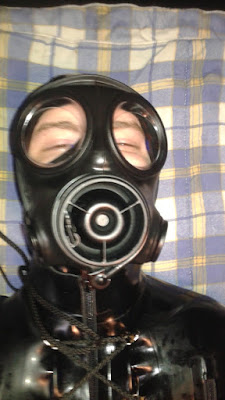 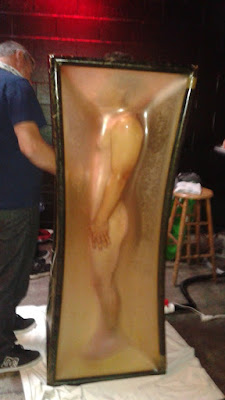 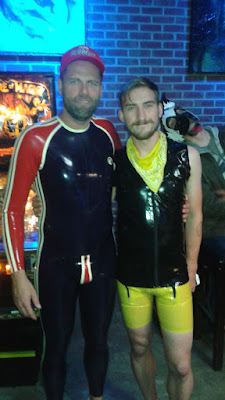 I got home around 5:30, ran out for some Japanese with a good friend I haven't seen in a long time, and then found out Mr. P brought some friends home after meat draw, so I guess we were hosting a party! Five volcano bowls later, everyone was ripped and most were gone home by 1am. Wardog was over for the party and stayed the night, we played on each others holes until 3 or so.

I'm supposed to be playing with a rubber bud from the Island tomorrow but he's in Richmond and I'm downtown. He admitted that he felt awkward the last time we played as Mr. P was in the other room. I'm not sure what to make of it; maybe we should just go out for some drinks.