Well, I finally broke down and bought some new rubber. I can't really afford it at the moment, but the Libidex 30% off sale was too good to pass up. I bought a couple new items, they may not get here before Pride but here's hoping. 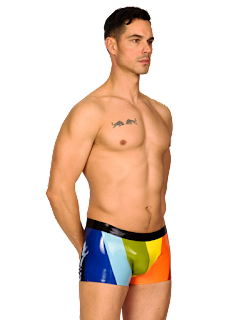 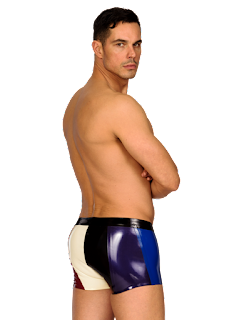 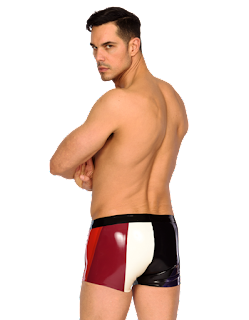 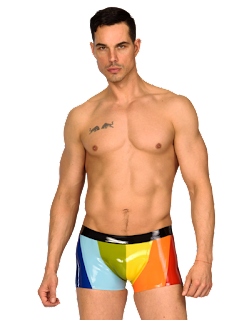 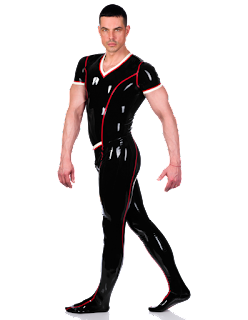 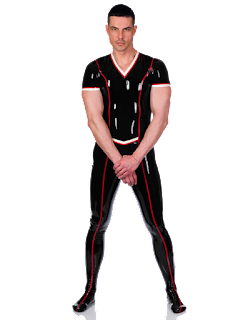 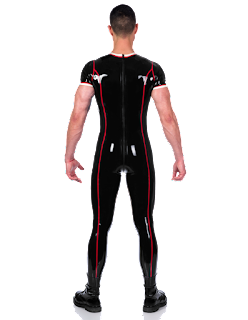 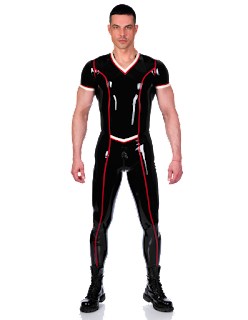 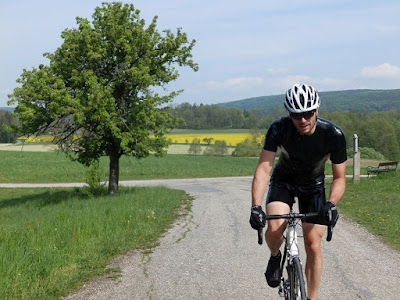 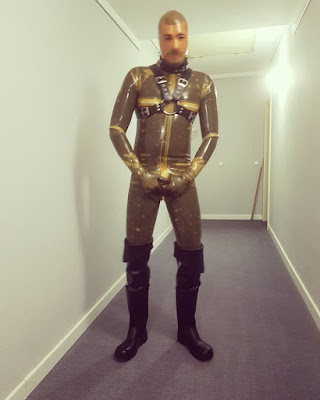 SemFolego and I were supposed to have another rubberman join us last night for a Dom/2sub session, however Rbrgear unfortunately had to cancel at the last minute. Thankfully us lustful rubbermen endured and SemFolego and I had a wonderful evening together!

Initially once we were rubbered up, he put me into a binder position on the rim chair, and locked my feet together and to the chain running down my back. Add cock and ass electro, an inflatable gag and then some condoms, and I was pre-cumming all over the place (as was he in between sticking his nice cock down my throat when the gag was taken out. 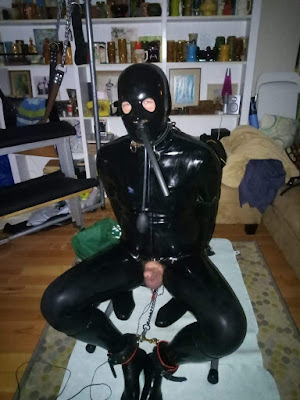 We ended up pulling a one of the d-rings out of the bondage mitt restraints and one out of one of the arm binders. It sucks, but didn't stop us from modifying the bondage to work. 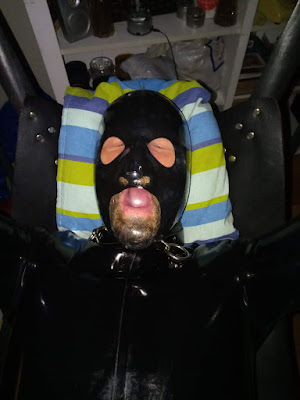 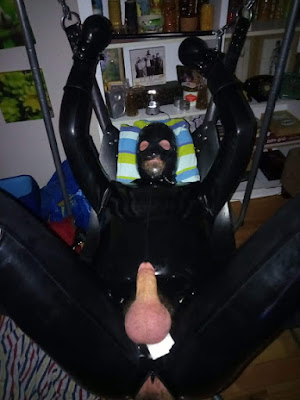 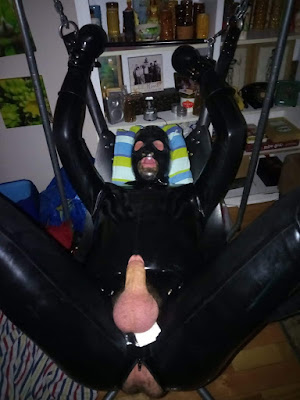 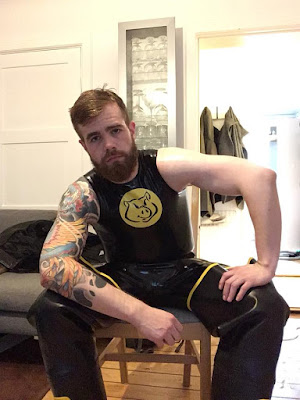 I don't think I mentioned this, but Mook won the Thickwall Cylinders gift certificate in the Rubbout 2019 Raffle Prize draw. We put an order in with Steve at Thickwall Cylinders, and it arrived on Monday! What a high-quality amazing product! Thanks Steve for all your help with us arriving on the perfect selection. The middle support cylinder is thick and amazing and the seal is perfect. I've tried it on a couple of days already, and I've been able to fuck Mook with it still attached to me for the most mind-blowing orgasms! Amazeballs! 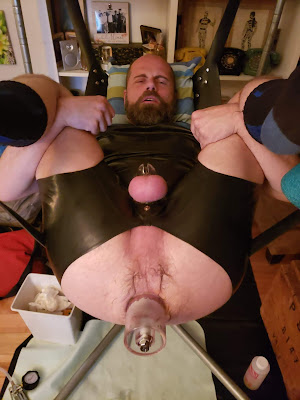 The Struggle is Real....

...for those of you attending IML this year :) 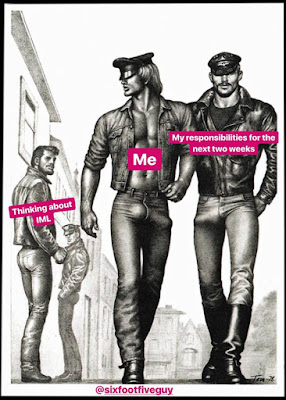 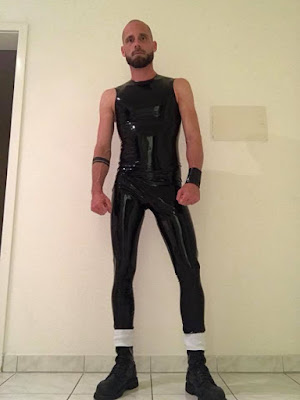 SemFolego came over on Monday evening with his latex balloon arsenal to gimp me out for session #3. This time, we planned to put me in one of the large balloons again and then apply some breathplay techniques once I was incapacitated. SF wanted to further put me in some non-sharp restraints inside the balloon for another layer of bondage, but I don't have anything soft or supple that would work in that fashion so we opted out of that idea.

Initially we tried a balloon-within-a-balloon scene, and despite the fun visuals of having an inflated green balloon within an less inflated transparent one with me in the layer in between, there is more complexity to getting this set up...it was definitely a prove-out session to see how easily and effectively this bondage approach would work.

After that, we moved on to putting me in the large orange balloon. SF did some intense breathplay with me in the balloon, but I opted to put my head out and vacuum out the remaining air for a nice tight latex bondage experience as the pressure on my head and neck was getting annoying. Once I was slippery and squeezed inside, he cut the lip off a orange balloon he got at the Dollar Store which he then put over my head for an hour or so of breathless frustration. He even shined me up for the pictures! haah 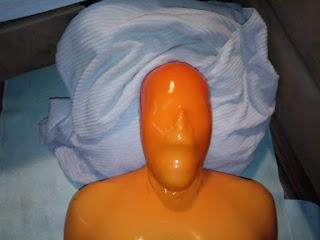 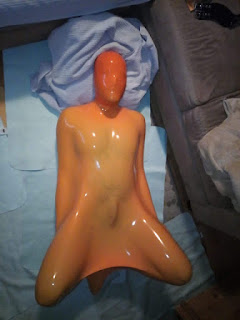 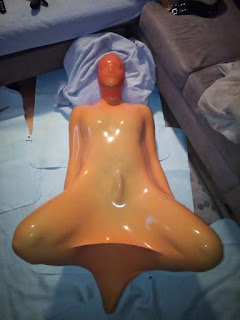 After a bit of cool air recovery, he put the clear mouth-hole zip hood on me with a posture collar and performed another hour of breathplay on me. It was while in the balloon in this configuration that I went fetal and wiggled my toes and suddenly, "snap!" the bottom of the balloon gave way and now we were in recovery mode, trying to avoid a spill of all of my juices onto the floor while getting out of the balloon at the same time. RIP Orangey, you were a great balloon.... 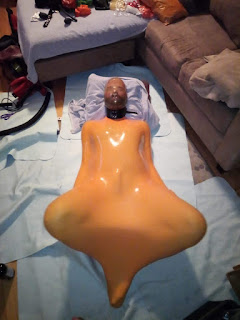 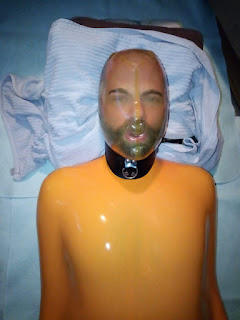 Finally, some bondage restraints and condom breathplay. This time we made a record of six condoms over my head, but the restriction was getting so tight now the back of my neck was starting to hurt while it was virtually impossible to take any air in through the medical tubing. I initially tried to feed the tubes in nasally but I was finding it too uncomfortable. Around condom four we moved the tubes to oral intake but by the sixth condom, it was very hard to draw in air. As I got out of those, we finished with one condom, no tubes on my head, the rubber bondage mitts connected to ankle restraints, while SF jerked both of us off. We came pretty much simultaneously. Fun times! I am already planning the next session, and also entertaining the idea of inviting Rbrgear over for a full rubber playdate where SemFolego has two big hairy rubber gimps to bind and restrict!
Posted by MB at 3:59 PM No comments: 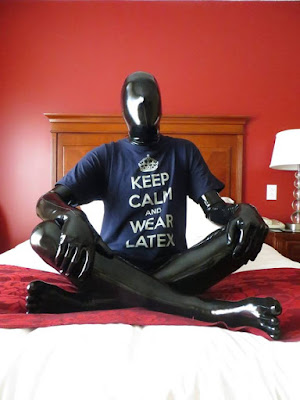 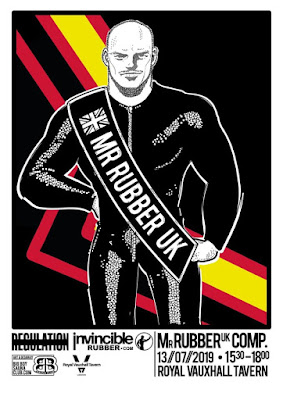